Hayes Manor and the Fall of the Reverend Alexander Williamson

In 1767, the Reverend Alexander Williamson, head of the Anglican parish that encompassed Central Maryland, ventured out to his 700-acre parcel of land north of the modern town of Chevy Chase to inspect the construction of his new country manor. Williamson was known as the “Sporting Parson” because of his love for fox-hunting and cock-fighting, and his expansive estate on what was still the frontier of civilization offered

a perfect base for hunting excursions and all manner of entertainments.

As well, the house was a wedding present to his new bride, Elizabeth Lyon, just 18 years old at her marriage in 1767. Williamson was 42, a man of stature as the spiritual leader of one of the wealthiest Church of England parishes in Maryland; Elizabeth was the daughter of one of Williamson’s best friends, the influential Dr. William Lyon of Baltimore.

Together the couple moved into the exquisite Georgian mansion built high on a hilltop, surveying the surrounding wilds. Still standing along Manor Road and now part of the Howard Hughes Medical Institute, the house is a perfect study in symmetry, its main façade laid up in the finest Baltimore brick, windows flanking an ornamental center entrance. Inside, the rooms were finished with moldings and mantelpieces carved by master craftsman. A bowling green and boxwood gardens greeted visitors to the jewel of a house, a diamond shining among the rough log and stone houses of his distant neighbors. He named his manor “Hayes,” after the estate of William Pitt, the British prime minister.

Throughout the 18th century the Church of England in the colonies grew, spurred by the advantage of being the established, state-supported church, as it had been in England since the sixteenth century, when the founder of the church, King Henry VIII, broke with the Roman Catholic Church over the pope’s refusal to annul his marriage to Catherine of Aragon. Henry supplanted the pope as the head of the English church

In Maryland, the Church of England became the official church by an Act of the General Assembly in 1692. Only Anglicans could hold public office, church committees bec 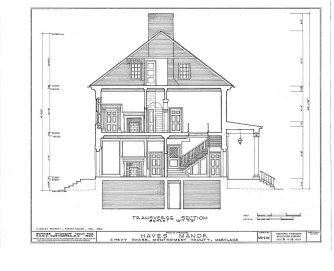 ame in effect the local government, and all free men were taxed at 40 pounds of tobacco per year, regardless of their faith, to support the church and pay the parson. 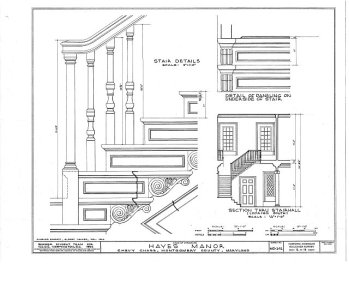 As his parish prospered, so did Williamson. But his lavish estate and sporting lifestyle slowly became anathema to colonists struggling under the burden of ever more taxes levied by the British Parliament. Finally, with the onset of the Revolutionary War, Williamson’s bucolic life at his Chevy Chase estate would be thrown into chaos.

In 1777, the General Assembly of Maryland voted that the clergy would no longer be supported by law. The following year, it enacted the Oath of Fidelity and Support, under which every voter was to swear allegiance to the state of Maryland and deny obedience to Great Britain.   Williamson was conflicted. His parishioners overwhelmingly backed the patriot cause. But he had been ordained in England, where he was required to take an oath of allegiance to the king. He chose to remain loyal to the crown. Consequently, he was stripped of his parish and sent into exile at Hayes Manor. There he died in 1789, the year Congress elected George Washington the first president of the United States.

Writer, historian, creative director, poet, playwright, author of nine books and nearly 200 essays and articles exploring a broad range of American social, cultural and historical topics.
View all posts by markwalston »
« Predictive Analytics at Valdosta State University — and New Revelations on the Road to Retention
Charles Francis Jenkins and the Birth of TV »